In the years since September 11, several films dealing with the war in Iraq have been released—The Hurt Locker being the most notable—but few focus on the war in Afghanistan and even fewer still have a female service member as the main character, but that’s the premise of Ft. Bliss, a film by Claudia Myers.

The film was released in September 2014 and while it played at film festivals, the most important audience for this film and for director Myers to reach was veterans and military families.

Maggie (Michelle Monaghan), an Army medic, returns home from a 15-month deployment to her son and ex-husband (Ron Livingston). However, the homecoming high is dampened when her young son isn’t excited to see her. Maggie begins the process of learning how to reconnect with him while mentally, she’s still operating in a war zone.

Myers, who also wrote the film, has spent the past decade teaching while working on documentaries and other short films. Her first gig was writing and directing an interactive training film for the Army. She shot the film at Ft. Bliss, which would later be the setting for her first feature.

While there are other films which feature veteran homecomings, very few portray the sacrifice made not only in theater but on the homefront. Ft. Bliss depicts these sacrifices in a very nuanced but realistic way. Women are still characterized as being naturally maternal and nurturing, but Maggie is re-learning how to become a mother as much as her son is adjusting to having his mom home again. It’s also refreshing to see motherhood portrayed as something that isn’t always easy or blissful. Maggie yearns for a life with meaning, which she finds through her job as a medic in the Army. Maggie’s mental struggle between her duty to her son and her duty to her country plays out for us to watch and contemplate.

Under the Radar, an entertainment blog on Military.com, categorized Ft. Bliss as a film which is more connected to the everyday reality faced by most of the men and women who serve.

Myers got the idea for the film when she was working on military training films and hearing stories of soldiers who had come back. “There was this whole other level of sacrifice that I think is not very well understood or recognized by the broader public and I counted myself among those, so I felt like it was a story that needed to be told,” she said in a 2014 interview with Under the Radar.

Even after working on military training films, Myers didn’t feel like she was ready to write the script for Ft. Bliss. She needed to learn more about the world. The script was developed over several years as she was taking jobs which would give her access to the military and allowed her to have conversations with those serving. It was during her work on another film, a documentary about women’s roles in the military, that she came across women as Army medics, the post which Maggie holds in the film.

It took about five years until Myers felt the script was “in a place I was happy with it.” The film was financed through private equity and the Army supported it, which allowed Myers to shoot on the base at Ft. Bliss with access to military equipment. Myers also gave the Army credit for not requesting any script changes.

The film features a scene about sexual harassment and assault in the military, a subject which isn’t represented in any of the fictional films about the post-9/11 wars, but which was the focus of the documentary, The Invisible War. 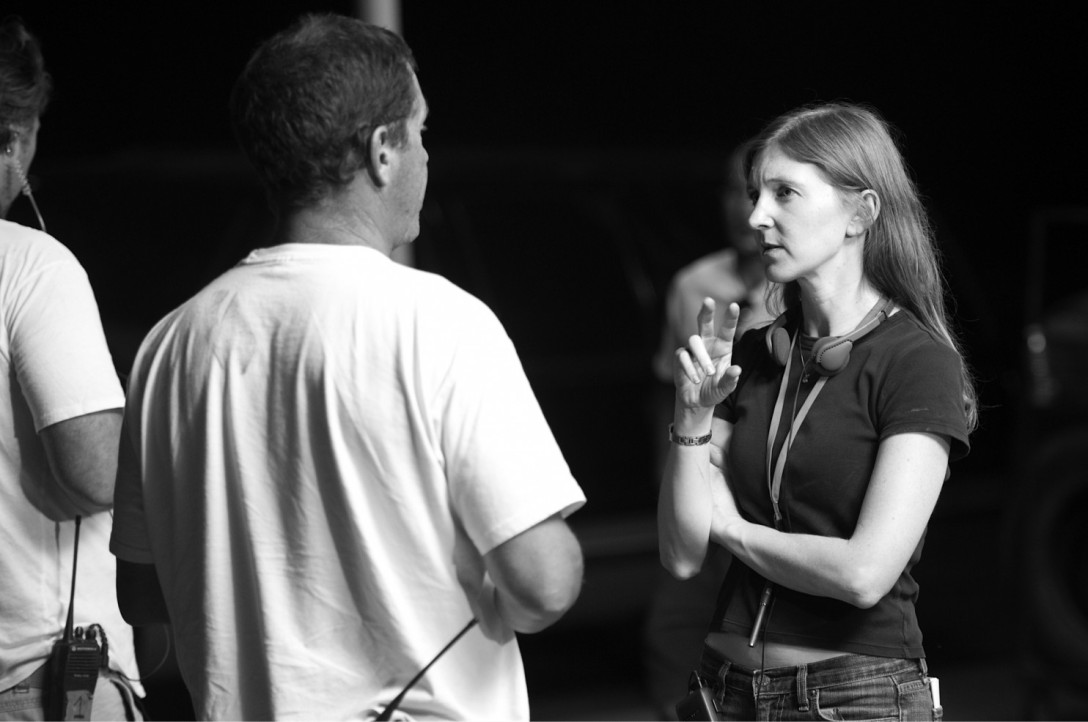 The audience pieces together Maggie’s experiences in the Army through flashbacks, but overall it is an effective character study of a veteran returning home, one who just happens to be a woman. Although some of the minor characters edge towards cliched military types, the film is still nuanced enough and reminiscent of the character study done in Kathryn Bigelow’s The Hurt Locker.