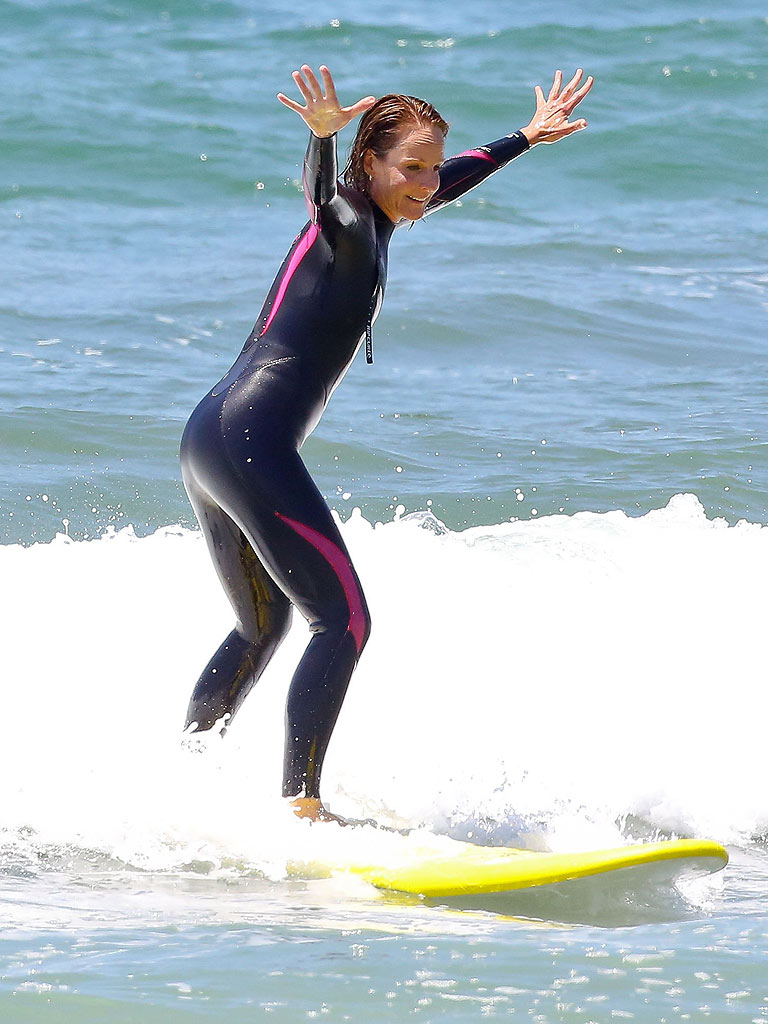 Despite winning an Oscar for her lead role in As Good As It Gets, Helen Hunt wasn’t getting offered roles. Whether it was due to the infamous Oscar curse or whether she was simply a victim of Hollywood’s bias against women “of a certain age,” (she was not even 40 at the time of her win), she decided to try her hand at behind the scenes work.

Hunt acquired and developed the novel, Then She Found Me, for her directorial debut. But it wasn’t as simple as that. She spent a decade nurturing and developing the project.

After reading Elinor Lipman’s novel, Hunt tried to get studios interested in the material, but none of them took the bait, leading Hunt to write the screenplay herself and raise funds to produce the project. Her friend and fellow actor, Matthew Broderick, agreed to play the role of Ben. Broderick’s attachment to the project inspired Hunt to approach Bette Midler and Colin Firth.

“People say, “Oh, you’re making a shift into directing,” and I say, “No, I’m not! Give me a job! I’ll take anything!” When I wasn’t getting acting jobs all the time that I liked, I was writing and writing and writing,” Hunt said in an interview with The Daily Beast.

“Ten years of that. That’s how Then She Found Me happened. I was in a mode of writing every day. Ass in chair. I’d won this thing [the Oscar] and had power for 10 minutes, and I had a deal at Sony. Someone gave me the novel Then She Found Me, which I loved, and went down this road to try and get it made. As that was happening, I’d just been in the last big wave of movies about people talking to each other and trying to love each other, so as that was shrinking, I was trying to make one of those movies. So I kept rewriting it subtly.”

Then She Found Me premiered at the Toronto International Film Festival in 2007. It opened across the U.S. in the spring of 2008, grossing nearly $4 million domestically and $5 million abroad.

For her sophomore directorial effort, Hunt created Ride. She stars as Jackie, an uptight New Yorker editor, who is a helicopter parent to her teenage son, Angelo (Brenton Thwaites), and follows him out to Los Angeles after he decides to drop out of college in order to surf and write.

Ride features a type of woman Hollywood rarely portrays: the flawed, hard to love kind, even though this is a common type of male character: see the Walter Whites and Don Drapers. Hunt talked about how female editors in journalism have to withstand a similar double standard that women in Hollywood do. If women are put in positions of power, they are more likely to be labeled “pushy” or a “bitch” whereas men in the same positions aren’t characterized in a negative way. “What’s the matter with people? It’ll be fun if we get a female president. You should see me explain to my daughter why there hasn’t been one yet. She’s like, “Why?” And I’m thinking, “Because the world is fucked.” I don’t know what to say,” Hunt said.

While Ride makes a good effort to shine a light on these gender stereotypes, in some ways, it falls into the same trap that many romantic comedies tend to do, where a smart, professional woman is only able to loosen up once she loses her job and/or falls for the right guy. At the same time, Hunt deserves props because she changes up the tired trope. Her character has a fling with her surf instructor (Luke Wilson), but they are both clear it’s not a serious relationship they’re seeking, which puts a new spin on the professional woman and her romantic relationships.

While Hunt and Wilson’s scenes together are a delight, the relationship between Jackie and her son is a bit of a mystery. The emotional depth and the explanation behind Jackie’s obsession with Angelo’s life takes a long time to rise to the surface. While the film still has a nice pay off and emotional resolution for Jackie and Angelo, the problems of Act One go on for too long before the audience gets to see any sort of personal backstory for the mother and son.

Hunt also earned four Emmy awards for her role as Jamie Buchman on Mad About You in the 1990s, a time often referred to as the “golden age of television.” With television’s current climate and content approaching the level of film, Hunt has her hand in small screen projects as well. “It’s a very exciting time. I’m developing a show with my partner, Matthew Carnahan, who runs House of Lies. It’s something he’s written that we’d make together and I’d be in. It’s weird and wild and like stepping off the planet Earth. It’s a musical—but a hallucinogenic one. It’s totally crazy,” Hunt said.

While working on other projects that give her a chance to act, hopefully Hunt will still make time to produce, script, and helm her own content. As Hunt knows, Hollywood isn’t going to give women a voice easily, whether it’s acting parts or directing gigs, and in order to see more female on screen and behind the camera, women need to continue creating projects for themselves.

One thought on “52 Weeks of Directors: Helen Hunt”