2009 did not get off to a good start for Amma Asante. Within a couple of weeks, three projects she was commissioned to write and direct collapsed. A couple were Hollywood studio projects and the third was a British indie, a labor of love for Asante. In an article penned for The Independent, she said she began to over analyze, wondering if she was really fit to forge her way in the film industry.

But in her moments of self-doubt, producer Damian Jones sent her a photo of an 18th century portrait. The image of Dido Elizabeth Belle and her cousin Elizabeth Murray changed Asante’s world.

“I was astonished by its radical nature….By her [Belle’s] side is her blonde, white cousin of the same age, similarly dressed. That the painter has treated Dido Belle with equal value to her white counterpart made the portrait a groundbreaking piece of art. It moved me, in turn, to put together a groundbreaking film.”

Asante claims she took as much influence from Jane Austen as she did her own life to fully flesh out Belle. “I thought about the parallels between my life as a black woman writer and director, and Belle’s. That I have been able to make tracks in the film world certainly feels like a privilege, and yet, like Belle, that doesn’t negate the set-backs that race and gender can bring, the times you feel like a lone survivor. My position of being privileged as a black woman filmmaker, though not fully equal, connected me to Belle’s experience.” 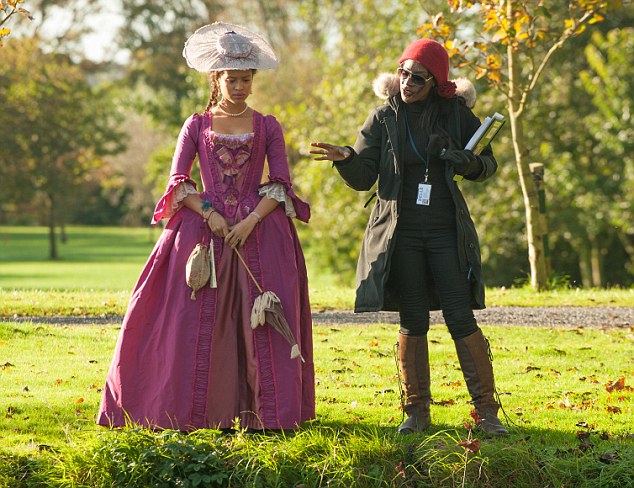 It took four years to make Belle, Asante’s second feature film. It is based on a real life woman, Dido Elizabeth Belle, whom Asante saw in the painting her friend sent her. Belle was a mixed race daughter of an enslaved African woman and a British navy captain, who placed the girl with his uncle Lord Mansfield in 18th century London.

Asante was born in London to Ghanaian parents. She attended Barbara Speake Stage School, an unconventional choice for her conventional father, where she trained in dance and drama. Asante was cast on BBC’s Grange Hill and appeared in other projects throughout the late 80s and early 90s. In her late teens, Asante left acting and worked in screenwriting with a development deal from Chrysalis.

She founded her own production company, Tantrum Films, and was head writer on the BBC2 series Brothers & Sisters. She used her production company to make her directorial debut with A Way of Life in 2004. The film focuses on a teenage girl, Leigh-Anne, who at 19 has already had a hard life, having witnessed her mother commit suicide. She lives in Wales on a council flat and has a little girl of her own whom she is very protective towards. The conflict comes when Leigh-Anne has run ins with her neighbor, Hassan Osman, who is a Turkish Muslim. Her acts against him are shocking and her actions to protect her daughter even more so. 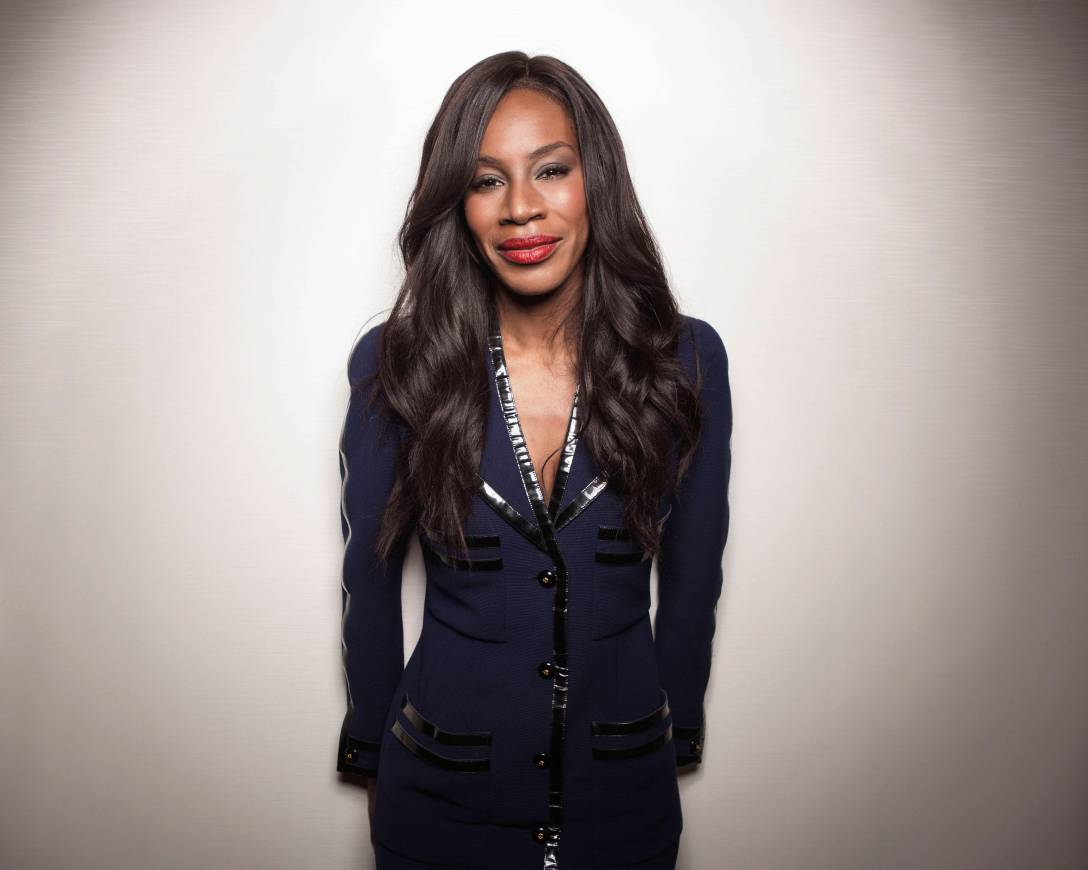 Asante won the BAFTA’s Carl Forman Award for a debut by a British filmmaker and the film won the UK Film Talent Award at the 2004 London Film Festival.

In between A Way of Life and Belle, Asante worked on various projects, often writing and researching for studios. In 2007, she was working on a studio project where she was researching Europol to create an uber policewoman character. She met with a (male) Europol agent for her research and he became her husband.

Then 2009 came, which Asante said was possibly the worst year of her career, until her friend sent her the portrait of Dido Belle. “I looked at that portrait and thought: oh my God – look how Elizabeth loves her! I have never seen a person of colour in a painting from this period not being treated as a pet.”

In creating the film, Asante was also able to bring her relationship with her father–who died during the filming of the movie–to the screen in the relationship between Dido and Lord Mansfield.

Mansfield was a British barrister (lawyer) and judge. In 1772, in Somerset v. Stewart, he ruled that chattel slavery was unsupported by common law in England and Wales. And on a personal level, he did treat Dido as an equal. In fact, their close relationship is documented in historical records and a book by Paula Byrne.

Asante spoke of her own father in an interview with The Guardian, saying he was loving but strict. She included the advice he gave her in the film as a line Mansfield (Tom Wilkinson) says to Dido: “What is right can never be impossible.”

Despite Dido’s (played in the film by Gugu Mbatha-Raw) equality in the eyes of the father, Asante lays out the injustices and slights that are made against Dido by her family and London society. For example, when Dido’s cousin Elizabeth Murray is getting ready to come out to society, Dido is informed she will not be following in her footsteps. Instead, Lord Mansfield and his wife expect her to become the caretaker of their household. But plans change when a prominent London family, the Ashfords, wishes to arrange a marriage between Dido and one of their sons.

However, her engagement changes, too, when she starts spending more time with John Davinier (Sam Reid), the son of a local vicar, who has been studying the law with Mansfield.

The crew of the slave ship the Zong had taken insurance out on the slaves as cargo, then when the ship ran low on water, they threw slaves overboard, killing between 130-142 people. 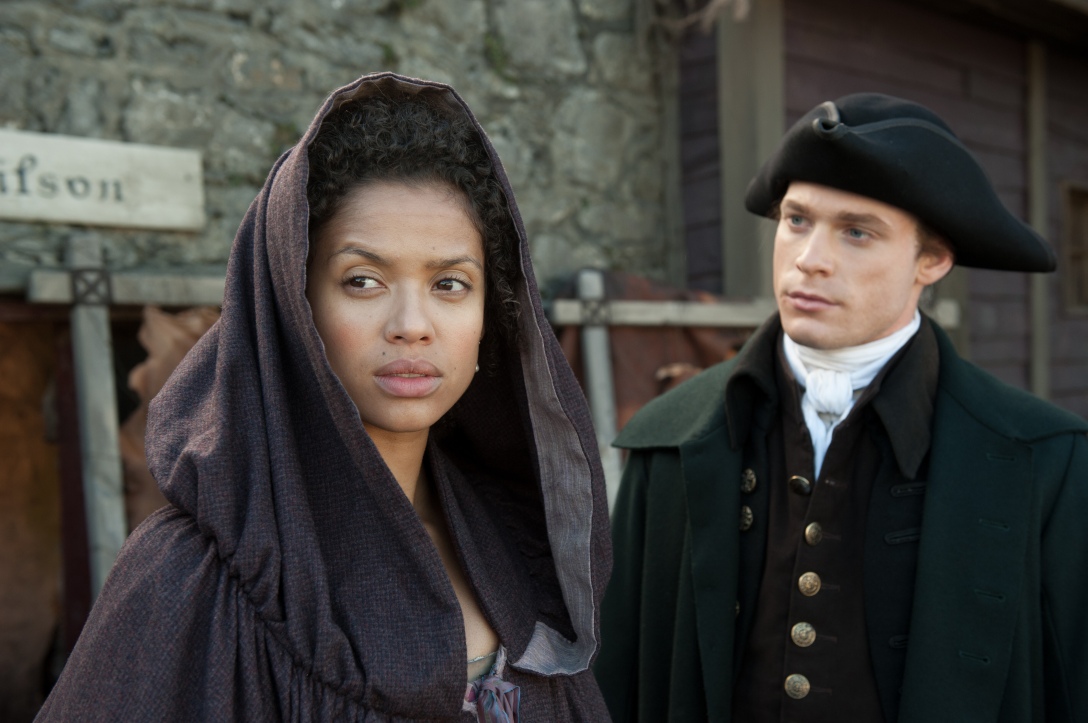 Davinier’s views are more radical than Mansfield’s and he doesn’t expect him to rule favorably for the slaves. Dido takes an interest in the case, even though she has been forbidden by Mansfield to read about it, and seeks out Davinier’s help when she comes across some interesting information about the Zong in Mansfield’s study. When Mansfield discovers that Dido and Davinier have been secretly meeting, he exposes them, but Dido has already found an equal in Davinier, a man who respects her mind and isn’t focused on her skin color.

The film was a critical favorite and Asante was chosen by BAFTA as a “Brit to Watch” due to the film’s success.

After Belle, Asante originally signed up to direct Unforgettable for Warner Brothers, but dropped out of the project in favor of directing A United Kingdom, which is a period piece based on the romance between Seretse Khama and his wife Ruth Williams Khama.

One thought on “52 Weeks of Directors: Amma Asante”