Niki Caro would not consider herself a “crusading feminist filmmaker” but her films often feature female protagonists.

Caro is a New Zealand-born writer and director. She was born in Wellington, New Zealand and earned a BFA from the Elam School of Fine Arts at the University of Auckland. Originally, she was interested in art, specifically, metal sculptures, but her interest switched to film. She received a postgraduate degree in film from the Swinburne University of Technology in Melbourne.

Her first directing experience was when she was hired to create commercials for a number of companies including the New Zealand Land Transport Safety Authority, Nike, and Tower Insurance. 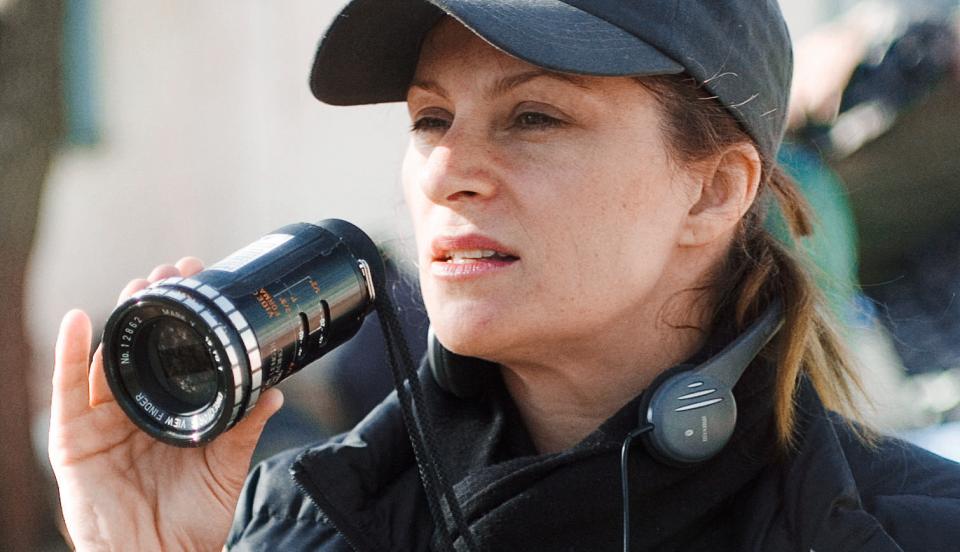 She wrote and directed for the television series Another Country before moving on to tackle her first feature. Memory and Desire is a romantic drama about a Japanese couple who elope to New Zealand. The film was based on a short story by Peter Wells, which was inspired by a true story. The film was supposed to be a showcase of New Zealand culture and lifestyle as juxtaposed against the Tokyo urban environment, but the film received mixed reviews and drew criticism from the Japanese.

Her next film, Whale Rider (2002) is about a Maori girl–the Maori are the indigenous Polynesian people of New Zealand–that stands up to the other men in the tribe and her own grandfather to show she can be a leader, too. Caro directed 13-year-old Keisha Castle-Hughes to an Oscar-nominated performance.

The film’s budget was $2 million and it would go on to be New Zealand’s most financially successful film and was nominated for over 50 different awards by international film festivals.

North Country tells the story of Josey Aimes (Charlize Theron), who is struggling to provide for her two children. She moves back in with her parents to avoid her husband, who is abusive, and when she runs into an old friend, Glory (Frances McDormand, at a local bar, Glory suggests Josey follow her lead and get a job in the mines. Josey has her doubts about taking a job there, namely that her father works in the same mine, but ultimately she decides it is what is best for her and her children.

She and a small group of other women make up the mine’s only female workers. As such, they put up with sexual innuendo and practical jokes from their male co-workers, including Bobby Sharp (Jeremy Renner). Glory tells the women to ignore these behaviors and don’t give the men the satisfaction of seeing them react, but when Sharp makes Josey climb up to the top of a mining tower with him and then suggests they fool around, the threats start becoming more serious to Josey.

Ultimately, Josey decides to take action against the mine, even though none of her other female co-workers want to participate in legal action. She recruits the legal help of Bill White (Woody Harrelson) who suggests they would have a better case if it was a class action lawsuit. Josey tries to convince her friends to stand up for themselves, but it’s an uphill battle.

The events of the film take place against the backdrop of the Clarence Thomas confirmation hearings when Anita Hill stepped forward to tell her story. Even though the events take place in the 90s, it was just the beginning of American society learning what sexual harassment was and that it wasn’t acceptable workplace behavior. North Country is a powerful film and has great performances from Theron and McDormand, who were nominated for Oscars, as Best Actress and Best Supporting Actress, respectively.

“When I take on something, there’s always an element that I don’t think has been done before that I want to explore. With North Country, I was so shocked that these events had happened in such recent history. I was very intrigued by the fact that every person in every industry I’ve talked to has heard of sexual harassment. And yet, in a cinematic culture that damages and demoralizes female characters with embarrassing regularity, making a film about sexual harassment seemed like a bold act. Nobody’s made this film before,” Caro said in an interview with Slate.

Despite her films’ subjects, Caro did say she was worried about being marginalized as a woman director of films for women. “I don’t see myself as a crusading feminist filmmaker. Not at all. I have the luxury of coming from New Zealand and I’ve had moments in my life where being female is considered to be a tremendous advantage— emotionally, career-wise. Personally, I have nothing to prove. But I’m tremendously curious about human nature. Female life is so incredibly underexplored in cinema, so these stories feel very exotic.”

Caro made another New Zealand based film, The Vintner’s Luck (2009), about a peasant winemaker who sets out to make the perfect vintage wine. The film reunited Caro and Castle-Hughes of Whale Rider.

In 2013, it was announced that Caro was attached to direct The Zookeeper’s Wife which would star Jessica Chastain. The film has wrapped and is in post-production.

She is also writing and directing the film Callas about the opera singer Maria Callas and her relationship with Aristotle Onassis.