It wasn’t until  Tina Mabry saw Kimberly Peirce’s Boys Don’t Cry and Gina Prince-Bythewood’s Love & Basketball that she decided she had to pursue a career in film.

During her final year at USC, she directed her first short film, Brooklyn’s Bridge to Jordan. “This was the first time I had to think about fundraising and gathering a semi-large crew. It was only a six day shoot, but it felt like an eternity because I was wearing more than just the writer/director hats, but also producer, editor, location manager, UPM, etc. Once I finished the film, I put it on the festival circuit and it got into over 50 film festivals worldwide. It even made it on Showtime, LOGO, and BET, which made the rough production days worth it,” Mabry said in an interview on Fast, Cheap Movie Thoughts. 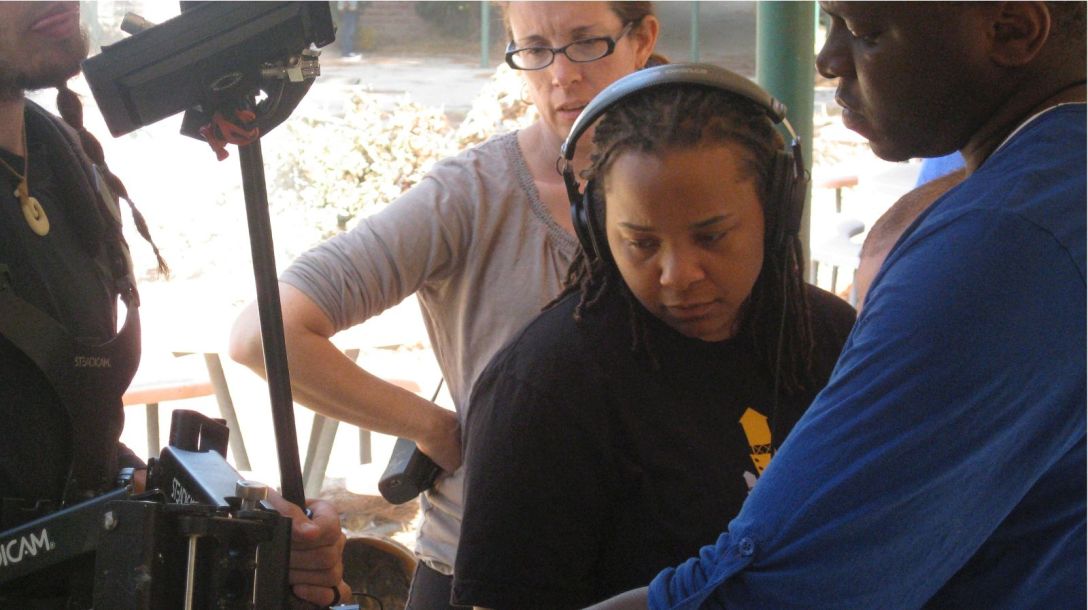 While she was working on her short film, an opportunity came up to write a comedic feature for Jamie Babbit. The film, Itty Bitty Titty Committee, premiered at the Berlin Film Festival in 2007.

For her next project, Mabry stepped behind the camera again. She wrote and directed Mississippi Damned which premiered in 2009. Mabry drew inspiration from her childhood, upbringing, and family.

“Mississippi Damned is based on my family and I’ve always had an interest in telling it. I really wanted to explore the destructive cycles that pass on from generation to generation and more importantly, why those cycles continue,” Mabry said.

Like many other female directors, Mabry had difficulty funding her work. “We had an investor who was willing to put a considerable amount of funds into the project, but we wanted to make the film for a larger budget.”

The producer and editor on the film, Morgan Stiff, participated in Film Independent’s Producers Lab with the script and received the advice to make the film with the money Mabry had on hand.

“This was the best advice we could’ve received because we would still be out there trying to raise our initial budget. Morgan and her producing partner, Lee Stiff, were very creative when figuring out how to make a 109-page period piece script with 34 characters on our budget. When you have creative producers who are emotionally invested in the project, you’ve caught lightning in a bottle,” Mabry said.

The film follows the lives of three African Americans who are raised in a close knit community in rural Mississippi. They encounter abuse, molestation, addiction, poverty, and struggle with their own identities, sexual and otherwise. Leigh is an out lesbian teen, Sammy is a star athlete who suffers abuse from a family friend, and Kari is a talented musician who wants to leave Mississippi behind to attend NYU, but struggles to save money to attend. The film follows the characters from 1986 to 1998.

Mabry was nervous about her family’s reaction and showed them the film over Christmas 2008. “Even though they knew I was making a movie about them, I was still nervous about their reaction because actually seeing it makes all the difference. But it went really well, they really liked it. We had a lot of laughs and a lot of tears. You know, I didn’t make this film to judge and I don’t want anyone to walk away judging this family. I hope they leave the theater knowing that these people really loved each other, despite their flaws.  No one is perfect.”

Mississippi Damned was successful on the festival circuit, winning top prizes at the Chicago International Film Festival and Outfest. It premiered on Showtime in 2011 and is currently streaming on Netflix courtesy of Ava DuVernay’s ARRAY.

In the future, Mabry hopes to have the luxury of a more relaxed shooting schedule. “We shot Mississippi Damned on a tight budget and we had six-day shoots, which start to take a toll after a few weeks. The one thing I learned is that having a five-day shooting week would be the ideal production situation. I also learned about adapting to the given circumstances. Often times, you find yourself slightly behind schedule and you have to know what to cut and what to keep.”

In 2010, Mabry was awarded an United States Artists fellowship. In a conversation with GLAAD, she said she wants to see more LGBT characters of color on screen. “We need more visibility and more range when looking at our lives. It really angers me that we don’t have that range and that there is not much more to us on the screen that comedy. I will say that there are black LGBT films or films that have gay content in them, but we have to struggle to find those films, but they are out there. It’s up to us to support those films once we find them.”

Recently, she was named a producer and writer on OWN’s upcoming series, Queen Sugar, created by DuVernay and Oprah Winfrey.