In a recent interview on the Gilmore Guys podcast, Lauren Graham talked a bit about the gendered perception of Gilmore Girls. Podcast host Kevin Porter brought up how the WB’s marketing of Gilmore Girls was so different than the the content of the show. Since it aired at the same time as shows like Dawson’s Creek and One Tree Hill, the marketing often made Gilmore look like a teen soap, something Gilmore Girls certainly was not.

Graham said she was continually surprised when people continued to think of the show in such a gendered way. “I’m so grateful to have gotten to do it [Gilmore Girls] at all, then that it was successful, then that people wanted it back. All those things are so rare and so great,” Graham prefaced. “But there is still a thing, maybe because of how it was portrayed or how it was on this sort of teen network and it has girls in the title, we, all these years later still get, ‘God, I didn’t think that show would be for me, but it’s really smart or good or my boyfriend watches it.’ All that surprise.”

“Even in the early days of when we were doing it for Netflix and they were selling it overseas and stuff, there was still kind of like, ‘Hey, you guys are really popular.’ I really think to some degree that has to do with underestimating girl power or whatever you want to call it. That something that is of interest to young women could also have a broad appeal,” Graham said.

At this point, it’s no surprise to hear that Hollywood studios and television networks don’t see women as a viable audience, but it still smarts, especially to hear that a popular, successful television show about women is belittled as a “girl thing.”

Graham went on to say the long-standing belief in Hollywood that entertainment for women doesn’t have broad appeal is why the Gilmore Girls movie never got made. “Amy [Sherman-Palladino] tried to sell it as a feature film, but even in the days of the Sex and the City films, the response was that it’s not a broad enough or big enough audience. People won’t go.”

Co-host Demi Adejuyigbe asked if Graham feels like the perception of Gilmore Girls as being a “women’s show” has affected the roles she’s wanted to take (i.e. not wanting to take a role because “oh, it’s just for women”). “No, no. Because of the small slice of social media and the stuff that I see and where the world is now, I do have a sense of wanting to put something positive out there,” Graham said. “I do have a sense of pride that people found it a happy place to visit or that moms and daughters in particular or whomever found it inspiring or girls applied to Yale.”

Graham also spoke about how her career has expanded into writing. In 2013, Graham published her debut novel, Someday, Someday, Maybe and in the fall of 2016 released a book of essays, Talking As Fast As I Can. In 2014, she shopped around a pilot about the first female late night host. (There’s never been a female late night host in real life.) The project had interest from Ellen DeGeneras who was set to executive produce, but the show didn’t get picked up.

Currently, Graham is adapting The Royal We for the screen. The book is written by the Fug Girls Heather Cocks and Jessica Morgan. On June 6, it was announced Graham is writing and producing the movie adaptation of YA novel Windfall by Jennifer E. Smith.

Someday, Someday, Maybe, The Royal We, and Windfall all feature young female protagonists, so it’s clear Graham isn’t shying away from female-centric projects. After the recent success of Wonder Woman, maybe Hollywood will finally see women aren’t a specialty audience. And more power to Graham for articulating Hollywood’s gender problem and facing it head on through her past and present work. 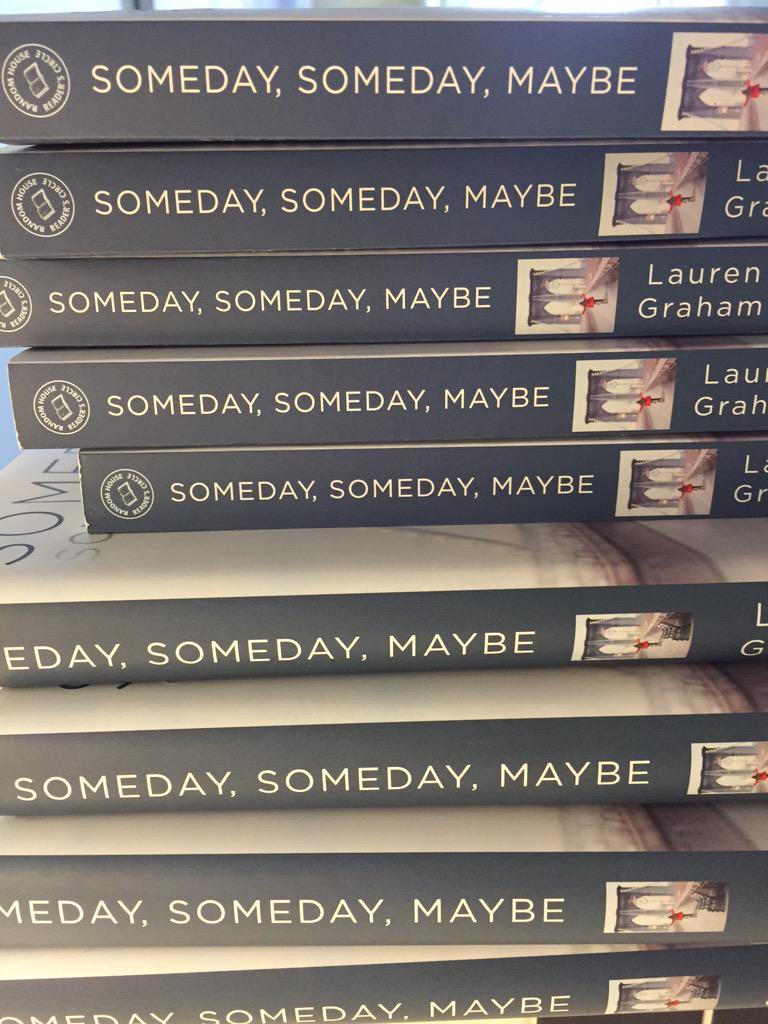